An unobstructed, south-facing roof with an inclination of 30° from the horizontal is optimal, although solar panels can be installed at any angle, whether they are mounted on walls, or on a flat roof. 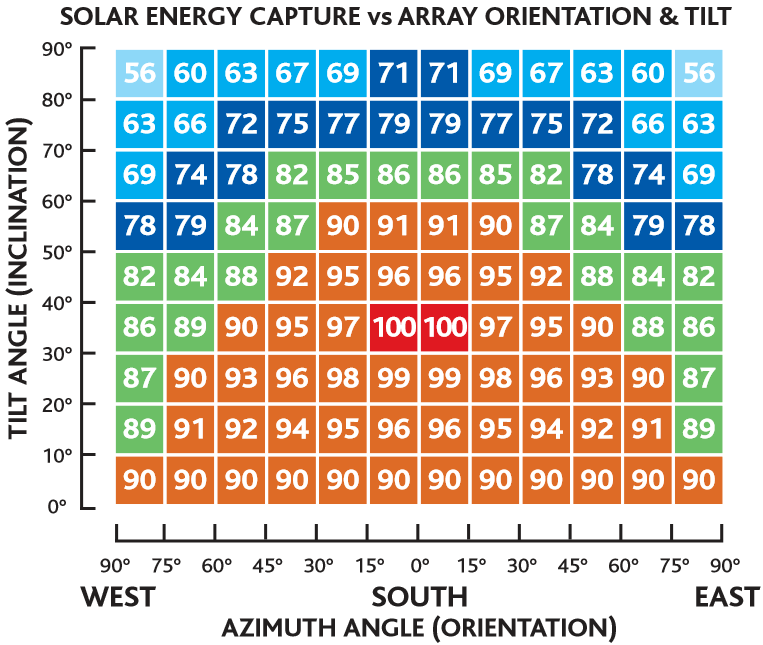