The Future of Solar Thermal | The Renewable Energy Hub

As the price of conventional fuel rises and as new technology becomes more affordable and accessible to the mass market, more and more people are turning to renewable energy solutions to provide environmentally friendly heating and electricity for their homes and businesses.

This is being recognised by federal and state legislature, who are trying to encourage uptake with tax credits, rebates and low cost loans.

As the renewables market is growing exponentially, new technologies are being brought to the fore at a rapid pace. For example, solar technologies are becoming increasingly aesthetically pleasing and inconspicuous. It is also likely that more building-integrated solar collectors (such as the in-roof panel) will become readily available and standard in new build projects.

Another example of this is the combined solar photovoltaic and thermal (solar PVT) panel, which is able to generate both electricity and heat. As solar PV panels are only around 15-20% efficient, the excess energy can be used for heating. This technology has had some success in parts of the US. 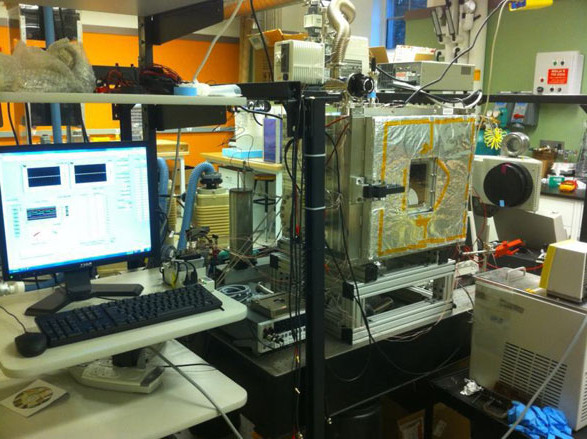 Devices like the Full-Spectrum Stacked Solar-Thermal and PV Receiver are currently under development and will see the sun’s rays filtered and split to provide both heat and electricity simultaneously, vastly increasing the efficiency of these hybrid devices.

A Low-Cost Hetero-Epitaxial Solar Cell for Hybrid Converter is currently being developed under funding by the U.S. Department of Energy's Advanced Research Projects Agency-Energy program. This will see a utility scale technology developed that uses a dish-shaped receiver to concentrate the suns energy onto a receiver that splits the sunlight (via a colour-selective filter), into two components, one being sent to the solar cells for electricity and the other to a thermal receiver that stores the heat.

A liquid Filter with Plasmonic Nanoparticles hybrid solar system is being developed by the University of Tulsa that captures non-visible wavelengths of light to heat a fluid containing microscopic light-absorbing nanoparticles. The liquid would also transmit the part of the sun’s radiation spectrum most easily converted to electricity to a solar cell and pass waste heat back to the fluid. This heat in the fluid will be stored to provide low-cost solar energy when the sun goes down.